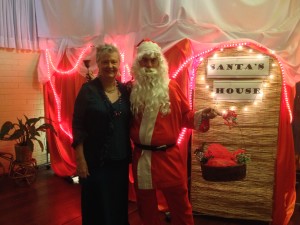 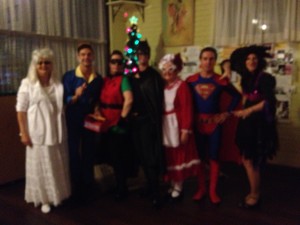 The last few weeks prior to Christmas  is always very busy and this year was no exception. The hightlights were the usual break up parties with the Adults and Childrens Class and our DFDS examinations on  Friday December 14th.

Congratulations to all of our candidates who all received highly commended passes and  looked very well groomed and suitably attired for dancing. Thanks to our DMIA examiner who kept up the pace over 7 hours. I know from experience when I examine at other studios  it is difficult after a couple of hours to keep  the writing and remarks consistent. Thanks to the  teachers and partners who all did a great job. Also interesting to note that we had a few couples, as in married or engaged , partner one another for their exams. Usually exam candidates are partnered by their teacher , but as couples attend the studio to learn to dance together if they progress to exams it is feasible that ,if they wish ,they can partner each other. Of course , it is easier  to dance with a teacher but I am very pleased to say all of the couples danced very well and coped with the,  dare I use their words , ” pressure ”  easily. It is a feather in their cap ..well done.  The first one , like everything , is the most difficult.

Saturday December 15th was our Family Christmas Cabaret and Medal Presentations and as usual guests were encouraged to wear ” something Christmassy ”  Most people got in the festive mood with Christmas accessories and we had a varity of pixies, elves and a fantastic Christmas tree. We had a fully house and Santa arrived at 7.45pm and welcomed the guests with candy canes and sweets : he was most energetic ,dancing around and posing with the children for photographs. The Cabaret commenced at 8pm  so Santa left with a promise to return later but unfortunatly he got stuck in a chimney in Paris and did not make it back for the finale of our show !  !   With  non stop dancing , table games, lucky spot prizes, dancing floorshows and the Santa’s  Extravaganza everyone had fun .  Suzy Snowflake was the hostess and narrated the exciting tale which led up to Santa’s misadventure. Suzy called on her friends to locate Santa but to no avail ,: Mrs Mary Claus was ineffective but quite royal, :Estrelita, the latin witch was just a lot of hocus pocus, : Batman and Robin basically just posed, but I must admit they did it beautifully, : Bob the Builder , oh dear , he broke a trestle leg, dropped his tools and trod on Suzie’s foot in the final dance  and pulled her shoe off !  ! She was not happy and slapped him repeatedly with her shoe so hard that he has gone to the country to recover . Clark Kent casually entered and in a flash became the gorgeous Superman and flew around the studio faster than a speeding bon bon , leaping tall Christmas decorations with a single bound, and stopping anyone who wanted to go to the toilet. Whilst he did not find Santa he did tell everyone of his location and  that Santa had to stay where he was until he lost weight so we could expect him on Anzac Day  ! For me the most rewarding part of my Cabarets is the sounf of laughter which very oftens drowns out the music .Thanks to everyone who attended and for your positive feedback; Special big thanks to all the stars of the show ; we have as much fun at rehearsal as when we do the show.

For every dance occasion DFDS is the place to learn to dance.